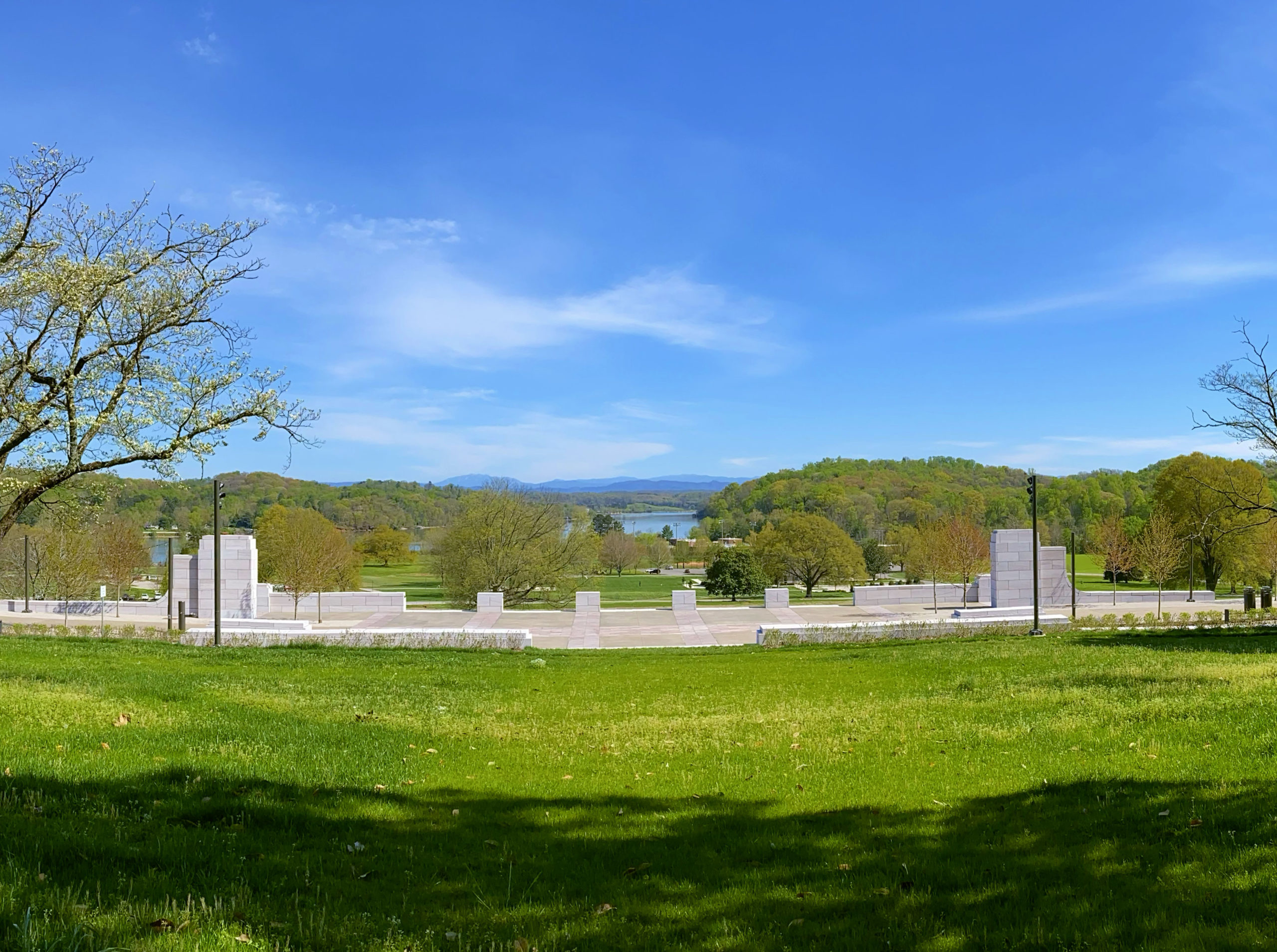 The new HGTV Overlook at Lakeshore Park opened to the public on Friday, May 1, 2020. Primary funding for the Overlook, which features a central plaza and 500-foot long esplanade with spectacular views of the Great Smoky Mountains, was provided by a $3 Million gift from Scripps Networks Interactive. The gift was announced on January 24, 2018 by Ken Lowe, the founder, Chairman and CEO of HGTV and Scripps Networks Interactive prior to the sale of the global media company to Discovery, Inc. Construction started shortly thereafter. When Lowe announced the gift and the Overlook project in 2018, he noted that the Overlook would embody everything that HGTV stood for, with its focus on places that provide inspiration, transformation and serenity.

The Overlook completes construction of the Phase 1 improvements at the Park, which started with construction of the Hank Rappe Playground in 2015.  Thomas Woltz of Nelson Byrd Woltz Landscape Architects in Charlottesville, VA designed the Overlook project. The HGTV Overlook Plaza will initially open for use by individuals and later will be a central civic gathering space for groups and events.  A series of marble walls and columns provide a heightened sense of the center of the park, with twelve-foot high marble piers framing the views of the Tennessee River and Great Smoky Mountains.

The adjoining esplanade is a curving walkway leading from both sides to the central plaza.  An overhead tree canopy with benches and café tables and chairs will provide shaded views along its length.  The marble-walled parking bays act as bookends to the open central plaza, preserving the unencumbered views from the Lakeshore Administration Building (now home to the City of Knoxville Parks and Recreation Department and the Lakeshore Park Conservancy).

There is approximately 8,000 square feet of Tennessee “Cedar” marble in the project. The tree-lined esplanade includes a 12’ wide central concrete walk bordered by beds of native plants and crushed marble aggregate below a canopy of Black Gum (Nyssa sylvatica) trees. Over 17,000 bulbs were planted in the surrounding beds and lawn area.

In announcing the opening of the Overlook for public use, Julieanne Foy, the Executive Director of the Lakeshore Park Conservancy, noted that the Overlook is a continuation of the Conservancy’s long-term commitment to provide a landscape devoted to mental, physical and cultural health. “Now more than ever we rely on connections to community and nature through public green spaces for our mental and physical wellbeing,” she said. “The Overlook will be a place for people from across the City of Knoxville and visitors to our area to enjoy the morning sunrise over the Smoky Mountains, a place to sit or stroll and enjoy the views of the beautiful lawns, gardens and rolling hills in the Park or simply a peaceful place for quiet reflection. While we are pleased to be able to officially open the Overlook, we do want to remind everyone to adhere to all safety measures amid the COVID-19 pandemic.  The Knox County Health Department’s phased–in reopening plan, which goes into effect May 1st, limits gatherings to no more than 10 people, encourages physical distancing and urges all people to wear cloth face coverings in public.   Enjoying the outdoors is healthy way to spend time during the pandemic, but we all must do so responsibly.”

The views from the HGTV Overlook down the Tennessee River valley include the highest peaks in the Great Smoky Mountains, some forty miles away.  Peaks visible from the HGTV Overlook include Mt. Guyot at 6,621 feet, Mt. LeConte at 6,593 feet and Clingman’s Dome at 6,642 feet.  Dee Haslam, the Board Chair of the Lakeshore Park Conservancy, noted that Lakeshore Park is one of the most visited public places in the region and invited the public to come enjoy “this stunning new amenity at Lakeshore Park.”

2020 marks the 25th anniversary of the opening of Lakeshore Park, the only general recreation park in the City of Knoxville developed through a public-private partnership.  Efforts to create the park began in 1992, when a group of local civic leaders looking for space to expand youth sports programs recognized that the downsizing of Lakeshore Mental Health Institute could provide an opportunity to create new recreational facilities for the general public. With the support of the late Lee Thomas, Superintendent of Lakeshore Mental Health Institute from 1989 to 2012, the group entered into negotiations with the State of Tennessee and the City of Knoxville that resulted initially in a 30-year lease on 60 acres for recreational purposes.  A two-mile walking trail opened in March 1995, and the ballfields and soccer fields opened a year later.  Over the last 25 years, the park has expanded to 185 acres, and the private sector has contributed more than $25 million to the Lakeshore Park Conservancy for improvements at the park. Contributions to the Lakeshore Park Conservancy also fund maintenance and operation of the park.

The Conservancy is now focused on completing an updated and more comprehensive master plan, which will be followed by renovation of replacement of older improvements and development of new improvements that will expand and enhance the park user’s experience.  The master plan is based upon an extensive public input process conducted by the City of Knoxville and the Lakeshore Park Conservancy in 2013. The Conservancy will conduct a public input process in late Spring or early Summer 2020 to present the updated plans and receive additional public input.