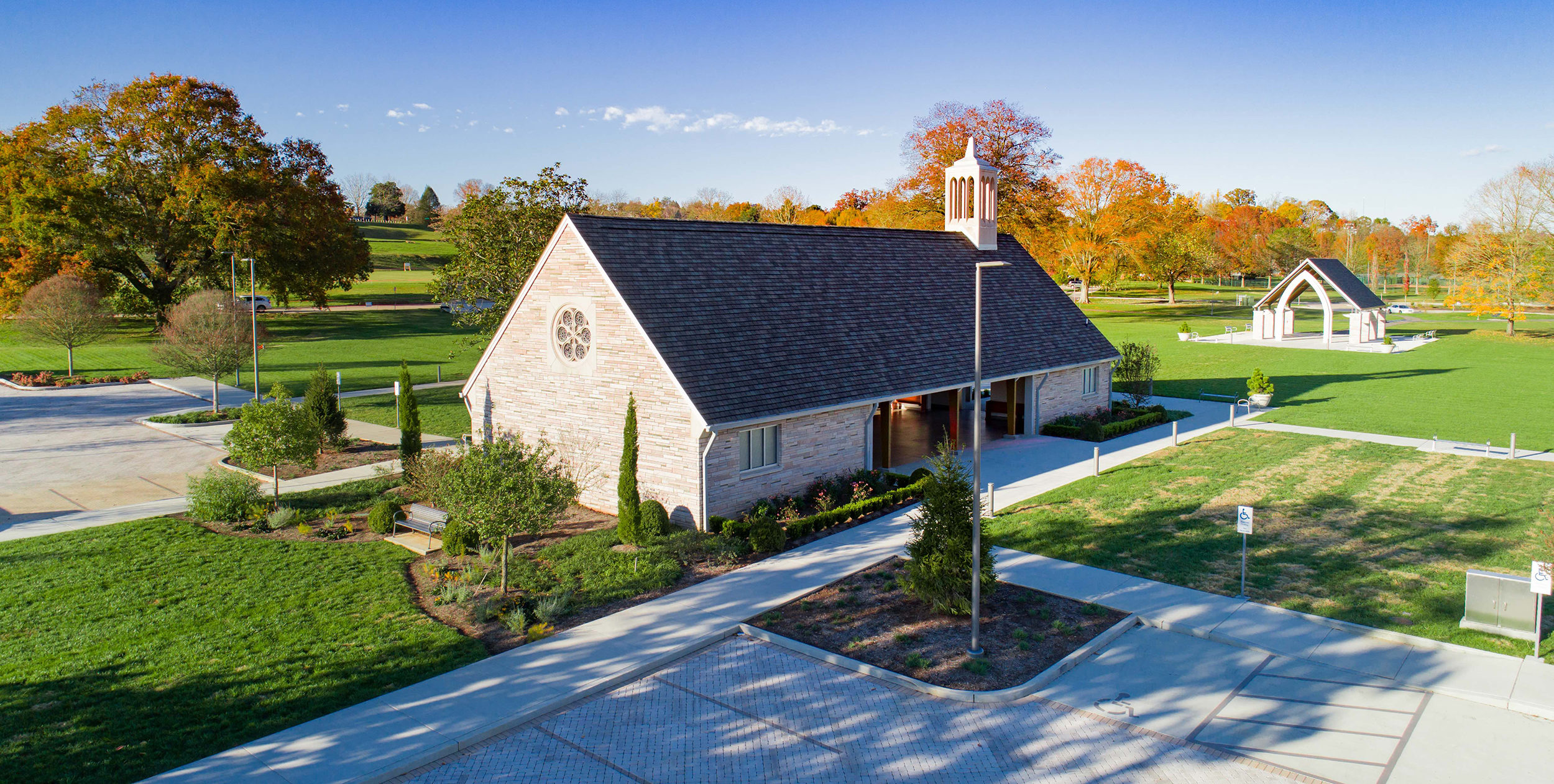 Johnson Architecture has earned recognition for a third time for its reimagining of Marble Hall at Lakeshore Park. The East Tennessee Chapter of the American Institute of Architects presented the company with a merit award on May 1.

Johnson Architecture received the distinction in the category of renovation and restoration for its work on the historic chapel. AIA East Tennessee presented its annual Design Awards online in 2020 because of coronavirus precautions with a live video reveal of the 12 winners from 34 project submissions.

“Designing a new look and function for Marble Hall while preserving its character was an honor for our firm,” said Daryl Johnson, founder and president of Johnson Architecture. “The recognition by our peers is especially gratifying. This historical site has become a place for people to gather and reflect and enjoy the beauty of Lakeshore Park.”

The AIA judges said Marble Hall became “a thoughtful modification of a dignified vintage structure and will doubtless contribute to the public’s enjoyment of the facility in its new incarnation.” The judges also pointed out the “bold design moves,” such as removing exterior walls, and that the supporting pavilion and restrooms are “equally impressive and well-executed.”

The classic architectural identity was kept intact while part of the “skin” was peeled away to expose the simple elegance of the 3,367-square-foot structure. The existing Tennessee marble cladding remained, as well as the structural wooden frame and ceiling and the intricate rose window. The design also included new, adjacent public restrooms and a 1,008-square-foot Marble Hall Pavilion, which features materials reflective of its counterpart.

Marble Hall originally was constructed in 1958 as a chapel for the Eastern State Psychiatric Hospital, later renamed Lakeshore Mental Health Institute, and is one of the few remaining buildings on the property from that era. Following the closure of the institute in 2012, the State of Tennessee conveyed the property to the City of Knoxville.