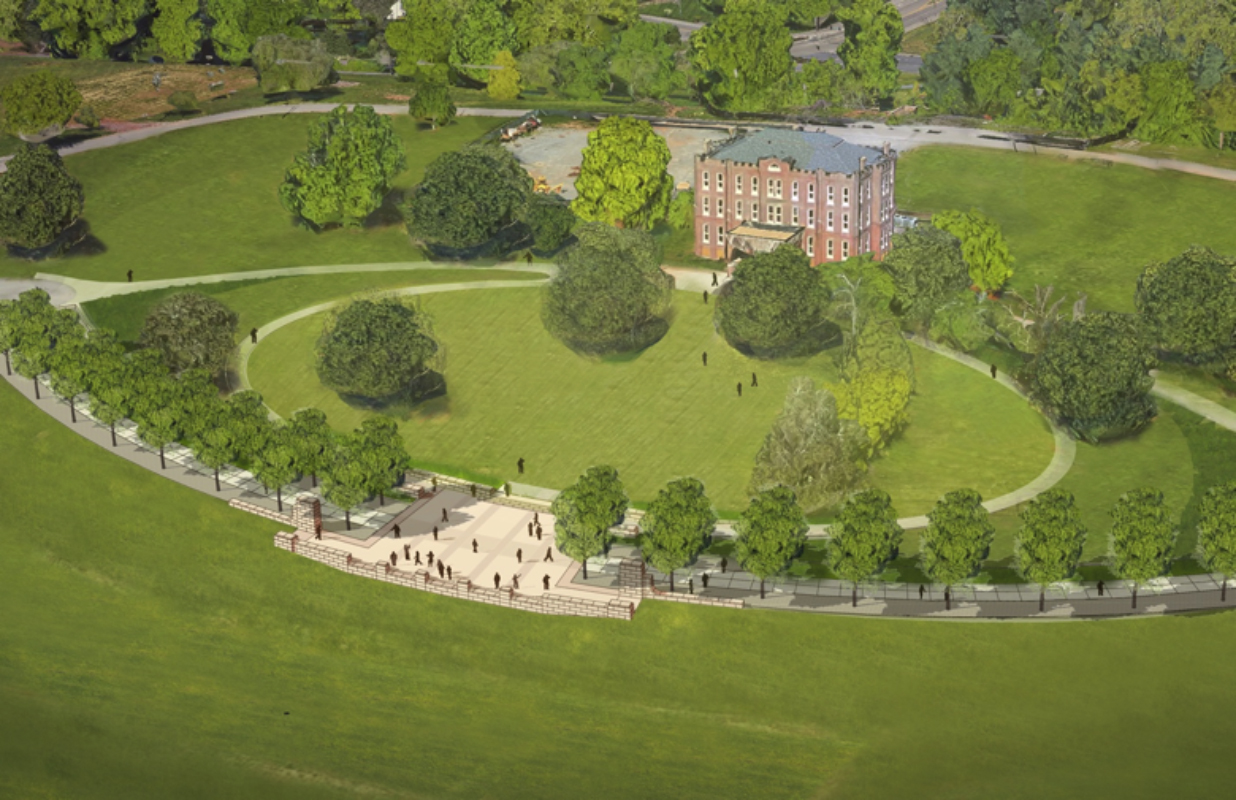 The Lakeshore Park Conservancy announced today that construction of the new HGTV Overlook at Lakeshore Park will begin on February 1, 2019.  Designed by Thomas Woltz and his team at Nelson Byrd Woltz Landscape Architects, the project features a large plaza encircled by a 500-foot tree lined esplanade, and will become a central civic gathering space for individual park users, groups, and events.

The curved esplanade flows from either side of the central plaza, structured by a 12-foot wide central concrete walkway and bordered by beds of crushed marble aggregate and native plants below the canopy of Black Gum (Nyssa sylvatica)trees. This canopy will provide shade for the benches, café tables and chairs along the length of the esplanade.

The esplanade and the counteracting marble-walled parking bays act as bookends to the open central plaza, which will provide event space as well as unencumbered views to and from the Administration Building (now home to the City of Knoxville Parks and Recreation Department). Vertical elements within the plaza will be constructed with local Tennessee marble, including a series of walls and columns which provide a heightened sense of the center of the park, and piers which frame the views of the Tennessee River and Great Smoky Mountains.

Dee Haslam, Chair of the Board of the Lakeshore Park Conservancy commented: “”The future of the park depends upon partnership between the public and private sectors. We are grateful to HGTV for providing funds for the overlook that will be an important part of the park for generations to come.”

“Already one of the most popular areas in the Park, the HGTV Overlook will enhance the park-goer’s experience with a shaded walk lined with benches, café tables and chairs and architectural elements that will recast this location in an entirely new and even more beautiful light,” said Connor Coffey, the Executive Director of the Lakeshore Park Conservancy, which manages the park on behalf of the City of Knoxville and is building the Overlook.

The Overlook project will replace Circle Drive, the mid-level road that runs through the park.  When construction begins, Circle Drive will be closed to all vehicular and pedestrian traffic.  Hilltop Drive, the access road which leads to the rear of the Administration Building will remain open during construction.  Pedestrian access will re-open upon completion of construction, currently scheduled for October 2019.Primary funding for the HGTV Overlook project was provided by a $3 Million gift from Scripps Networks Interactive, the global media company that was purchased by Discovery, Inc. in 2018.