In its 25-year history, Lakeshore Park has grown from a small baseball complex into the largest general recreation park in the City of Knoxville.  The baseball complex was initially developed in 1993 on 60 acres of surplus land at the Lakeshore Mental Health Institute.  The following year, the State granted a conservation easement to the City of Knoxville for construction of a walking trail around the perimeter of the hospital property.

With the downsizing of the State’s residential mental health programs, additional land became available, and the Lakeshore Park Conservancy initiated discussions with the State of Tennessee, Lakeshore Mental Health Institute and the City of Knoxville concerning joint long-term use of the 185-acre by the hospital facility and the public park. An agreement was reached concerning long-term use of the property, and, in 1999, the Conservancy engaged Ross/Fowler P.C., a comprehensive landscape architectural firm located in Knoxville, to prepare the first master plan for the park.

Over the years, the Conservancy constructed additional improvements at the park, consistent with the Ross/Fowler master plan. Use of the park grew exponentially, and Lakeshore Park became the City of Knoxville’s most visited public space.

Lakeshore Mental Health Institute closed in 2013, and the State deeded the remainder of the hospital property to the City of Knoxville for general recreation use.  The City of Knoxville and the Lakeshore Park Conservancy conducted a year-long public input process, the results of which were incorporated in an updated master plan prepared by Ross/Fowler in 2014.  The plan was updated again in 2016.

Development of the park was limited to areas that had been vacated by the mental health hospital, and park improvements were built wherever land was available.  The master planning process was an effort to bring order to the development, but the early master plans were based of necessity on the assumption that existing park improvements would remain where they were originally constructed.

As the park reached its maximum potential size, as the park approached its 25th anniversary, and as many of the original park improvements began to need renovation or replacement, the Conservancy decided to embark on a more comprehensive master planning process, looking at the land as a whole and determining optimal sites for park improvements, without assuming that existing improvements have to remain in their existing locations.  In 2017, the Conservancy engaged Nelson Byrd Woltz Landscape Architects in Charlottesville, VA to conduct a master planning process and to update the 2014 and 2016 Ross/Fowler master plans.  The comprehensive master plan prepared by Nelson Byrd Woltz in 2020 is the result of that process.

Goals for the Master Plan Update

Public usage of the park has expanded exponentially over the years, and the Conservancy Board has focused on meeting the recreational needs of the general public by maintaining a balance of active and passive recreational uses and natural areas. Many park users are interested primarily in team athletic facilities and youth sports programs. Others are interested in athletic or recreational facilities for individuals or small groups. Some prefer passive use and enjoyment of the natural beauty of the park. Others appreciate the social, civic and cultural opportunities offered by the park.  The vast majority of park users are interested in the walking trails.

A consensus among park users is that the park should be developed in a manner that maintains the natural beauty of the site, embraces the magnificent views of the highest peaks of the Great Smoky Mountains and enhances the connection of the land to the Tennessee River. The goals of this master plan update are to ensure that development of the park is consistent with that public consensus, that the park has something for everyone, that use of the park by one constituency does not adversely impact use of the park by other constituencies, and that park amenities and improvements are in the optimal locations to accomplish these goals.

The NBW master plan and a video overview of the master plan featuring Dee Haslam, the Board Chair of the Lakeshore Park Conservancy, and Thomas Woltz, the principal of Nelson Byrd Woltz Landscape architects, were posted on the Conservancy’s website on June 27, 2020, with a link to an extensive public input survey. Special thanks to Loch & Key Productions, a full-service video production company based in Knoxville, for its production of the video and generous contribution to the park.

A media release about the plan and the survey was issued on July 1, 2020, and stories ran in the Knoxville News Sentinel and on several local television stations.  Two large signs and more than a dozen smaller signs were posted throughout the park, with a copy of the illustrative master plan and a link to the full master plan and the public input survey.

The public input survey was originally scheduled to close on July 31, 2020.  At the City’s request, some additional questions were added to the survey concerning water access, and the survey period was extended to August 31, 2020.

There was robust public participation in the master plan process.  During the two-month period, the website with information about the proposed master plan received 9,792 visits, and 2,542 people watched the video overview.  1,847 people viewed the master plan on-line, and thousands more saw the illustrative master plan on the signage at the park.  670 people from 38 zip codes completed the public input survey. 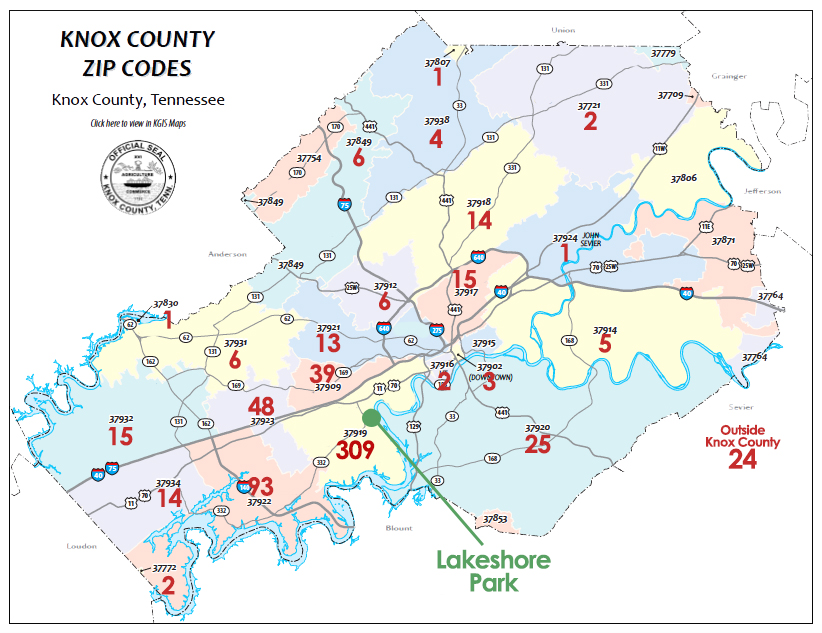 In general, a substantial majority of the survey respondents gave high approval ratings to the NBW master plan. 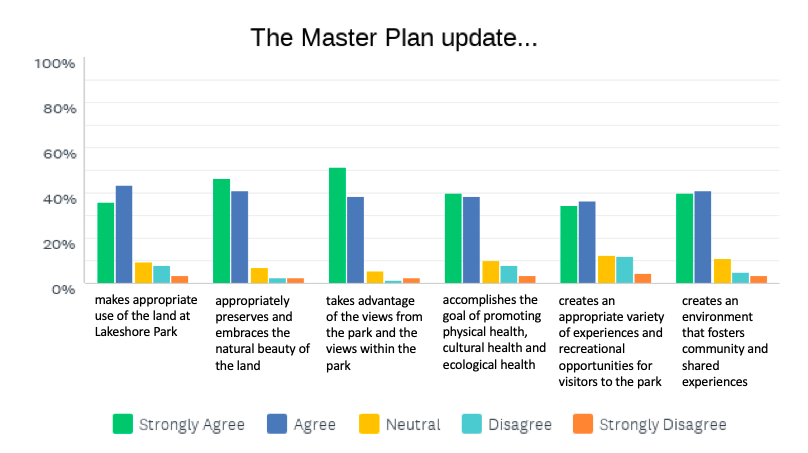 The City and the Lakeshore Park Conservancy will co-host an online public meeting scheduled for 5:30 p.m. to 7:00 p.m. on Thursday, September 24, 2020.  The meeting will be broadcast live on Community Television of Knoxville. During the meeting, representatives of the City of Knoxville, the Lakeshore Park Conservancy and Nelson Byrd Woltz will respond to frequently asked questions and comments from the 670 respondents to the public input survey and to additional questions submitted in connection with the meeting.  There will be an opportunity for submission of additional questions and comments from the general public.

The City and the Conservancy will co-host a live presentation of the Nelson Byrd Woltz master plan from 5:00 p.m. to 6:30 p.m. on Thursday, October 1, 2020 at Marble Hall at Lakeshore Park. Copies of the illustrative master plan and key pages from the master plan document will be posted at Marble Hall, along with a projected PowerPoint presentation.  Social distancing rules will apply, and there will be a sign-in table with masks and hand sanitizer.  There will be comment forms for people who attend the presentation, and representatives of the City of Knoxville and the Lakeshore Park Conservancy will be available to answer questions.

The Conservancy plans to submit the NBW master plan to the Knoxville City Council on October 20, 2020 for its consideration and approval.